After Taylor Swift turbulent year of 2016, she released Reputation, and with it four singles. After Taylor said that 2017 was the best year for her, this singer was publicly attacked, again. First, on Twitter, and then through the internet, the hate spread like a fire. Like Taylor doesn’t have already enough on her plate. She caught a little break from this mad world while she was releasing her singles, but now, the bitter madness began again. But, we will stay positive, and on track. So here are all the singles Taylor Swift released in 2017. Let’s celebrate her career-perfect year.

„Call It What You Want“

Single was released on November 3rd and it is a fourth from her album Reputation. This single showed her fans that Taylor is in love again, and it is with Joe Alwyn, her current love. The title of this single is its main love and it is here to show the public her opinion about all their comments on her love life. Taylor doesn’t care what people think – she is here and she is doing what she wants. This single is about support, strength, and love. Swift doesn’t care for critics, she is in love, sweet and happy.

This single was released on October 20th as a third one, and it reached top 10 in Canada, Australia, Malaysia, and Hungary, while it was at the top 20 in United States, United Kingdom, Scotland, Ireland and New Zealand. This is one longing, lusty song which shows us Taylor clubbing, drinking whiskey and lusting for her man. There is only one problem – she is already taken and she shouldn’t be craving for this gorgeous man. It would be bad if he has a girl, but if he is single that is much worse „Cause you’re so gorgeous it actually hurts“. Falling in love is dangerous. Especially when you already have a man.

Released on September 2nd, this song was something we were ready for quite some time. This happy, feel-good song cleverly pointed pout Taylor’s image – she steals hearts, and much more. She is taking her time with the next love before she tames him. This light and carefree single critics have been marked as a progression over the past one. The first portion of “Ready for it” was released during “Saturday Night Football” on ABC. Since then, it was used on this show as an introduction every time.

„Look What You Made Me Do“

The single was released on August 25th after quite a turbulent year she had. Her new album Reputation for which this single „Look What You Made Me Do“ was recorded, made some space in the public for Taylor to finally say everything she wants after the turbulent year she had. Taylors integrity and honor was publicly shamed and now she finally said her piece – and it was a glorious vengeance. With a very little trouble, listeners can guess who is she singing about. 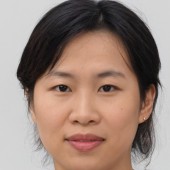